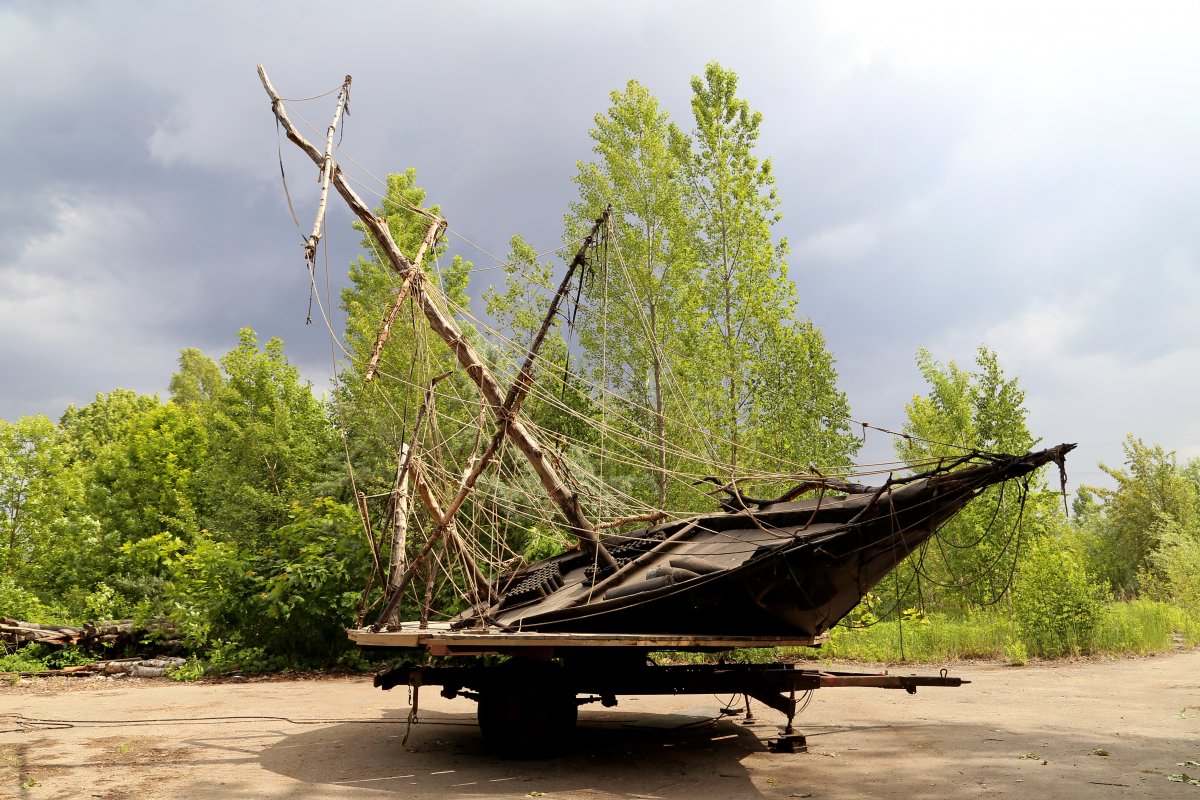 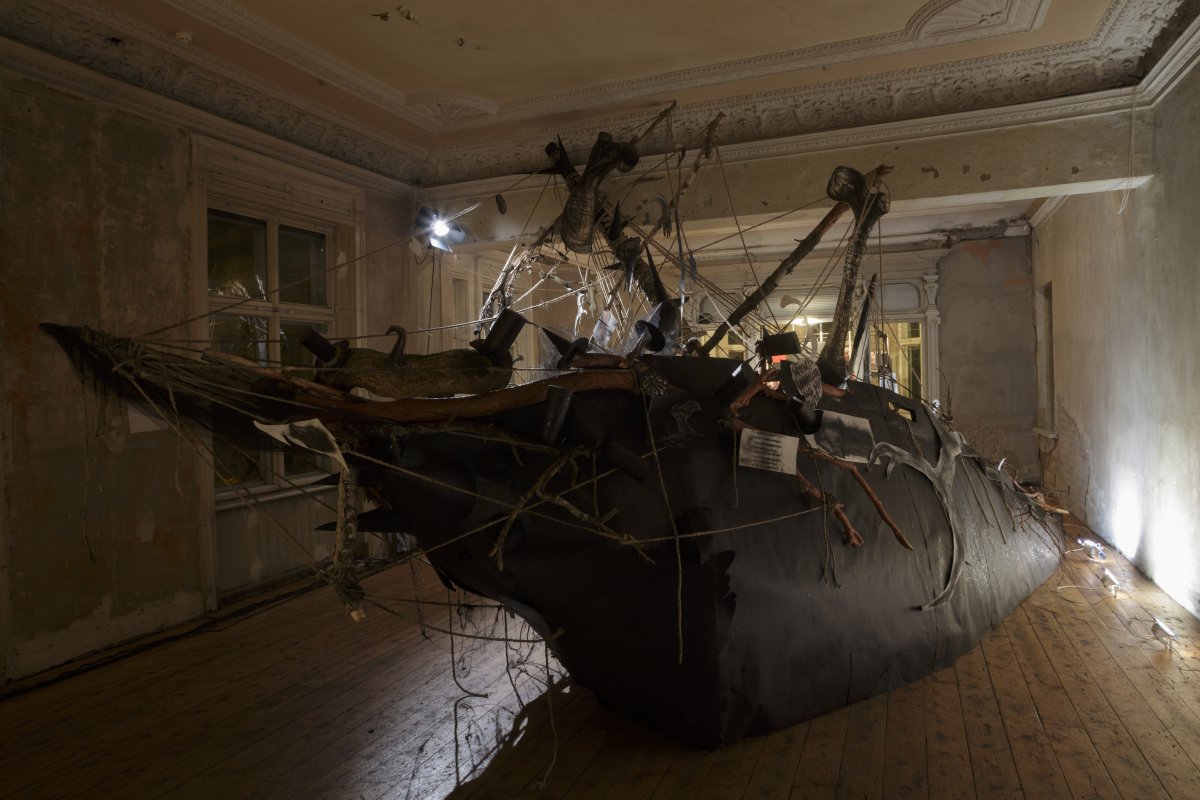 The sculptural object To Perish to Fantasy was initially created for the Survival Kit 8 (2016) international festival of contemporary art. The festival theme was Social Acupuncture, and it addressed acupuncture as a metaphor for detecting the pressure points of today’s society (curators Solvita Krese and Inga Lāce). The work was exhibited at K. K. fon Stricka villa, one of the festival locations, embodying an expressive archetype of the entropic process, namely, a sinking ship. The image of a sinking ship has appeared in the artist’s work for the past 15 years, in the form of both installations and drawings, becoming a capacious metaphor for topics such as hope, alienation, and utopia. Later on the motif of a sinking ship appears in Lauris and Raitis Ābeles’ film Troubled Minds (2019), with the ship being destroyed by fire during the shoot.

A new version of the work is on show at Mobile Museum. The Next Season.

For years I have been haunted by the image of a shipwreck!

The name of this particular ship is the VMA Transporter 2 (vesicular monoamine transporter). It is named after the so-called God gene, which, according to some scientists, predisposes humans towards spiritual or mystical experiences.

It seems that for some unexplainable reason a belief always exists somewhere on the periphery of God. This brings into existence a condition (a curse?!) that God always needs to be searched for, which in turn suggests the possibility of failure.

And if it happens that, while gazing into the void, one encounters ghosts of mythological nature (so the better and richer “the adventure”) – the Flying Dutchman, the Ship of Fools, Charon and his boat bound for the underworld, Shackleton, Robert Scott and innumerable failed polar expeditions, pirates, Titanics of various eras, Bermuda Triangles...apparitions of many kinds that float like flotsam and jetsam somewhere on the outskirts of a thin and brittle film called consciousness.

Artūrs Virtmanis (1971) is an artist who has been living and working between New York and Rīga for more than twenty years now. His works are characterized by a philosophically poetic quality and existentialism, creating an environment that’s dense both visually and metaphorically – outdoor artworks of wispy charcoal drawings, which combine sentimental picture relics from times long past with undecipherable calligraphic writing, graphic codes and ciphers, collections of found objects, architecture mockups and artefacts collected while making the work. His creative practice is characterized by fragile large-scale installations that combine graphic charcoal drawings and elements of space design, often revealing topics such as entropy, science fiction, utopia, melancholia and messianism. He studied art and design at the Rīga Art and Design Secondary School (1990) and went on to study sculpture at the Art Academy of Latvia (1996).